Salt wells to produce brine had been tried unprofitably in the St. Clair area since 1863. The Thompson Brothers were the first to turn a profit in 1884 by drilling to more than 1600 feet and using a two-pipe injection/extraction system.. In 1886, John Alberger demonstrated to St. Clair businessmen his patented salt producing process which used pressure instead of a vacuum. Charles F. Moore and Mark Hopkins bought the process and formed the St. Clair Rock Salt Co. on April 10, 1886 which two months later became the Diamond Crystal Salt Company to emphasize the purity and quality of the salt. Moore bought out Hopkins in 1887 and by 1892 was turning a profit. IIn 1900, table salt containers were added to the product line. The company was sold to General Foods in 1929, expanding into more grocery store type salt products. The Moore’s bought Diamond Crystal back from General Foods in 1953, diversified its holdings and expanded its product line even more. Lacking a major infusion of cash, the Moore’s sold the company in1988 to what eventually became AKZO. Within a few years, the St. Clair operation was purchased by Cargill Salt Co. which has operated it for nearly 30 years. 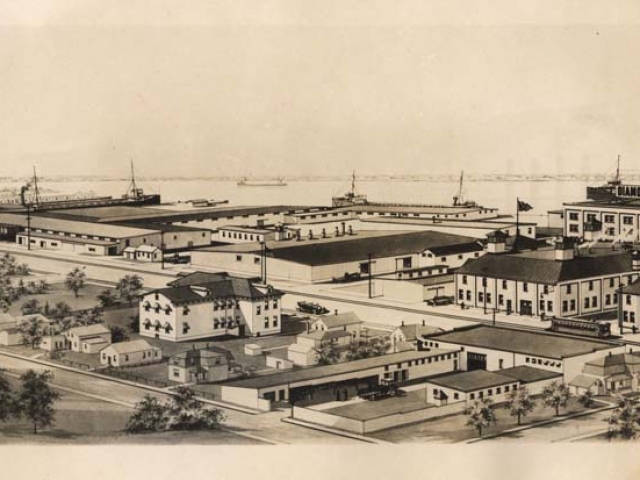 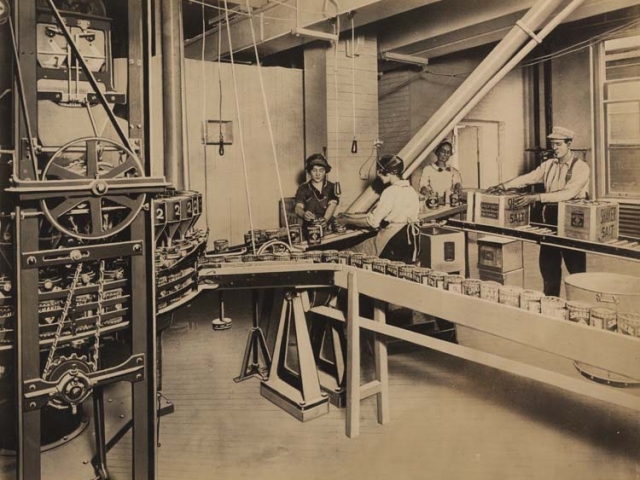 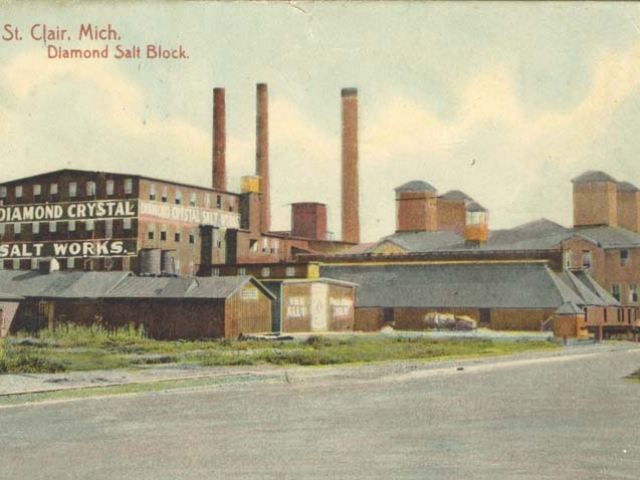 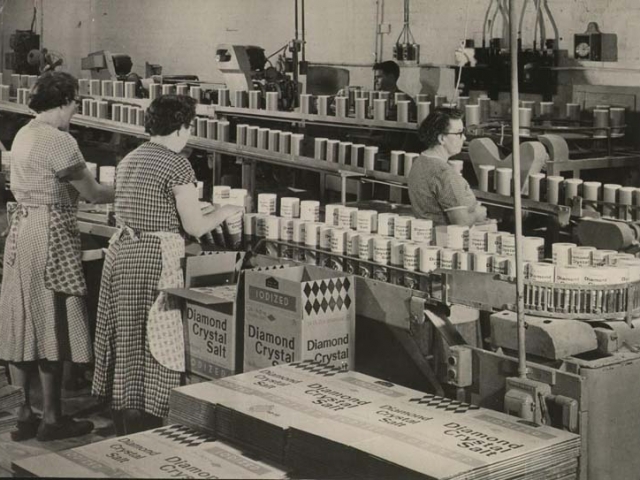 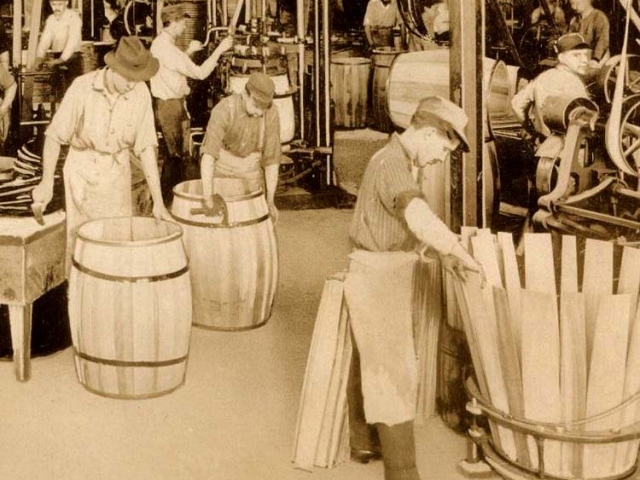 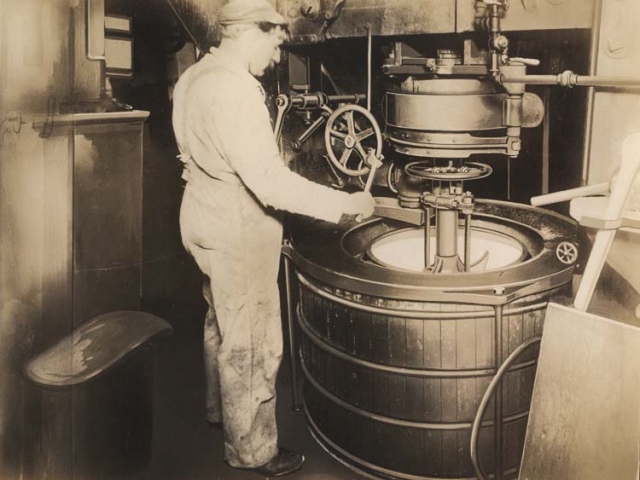 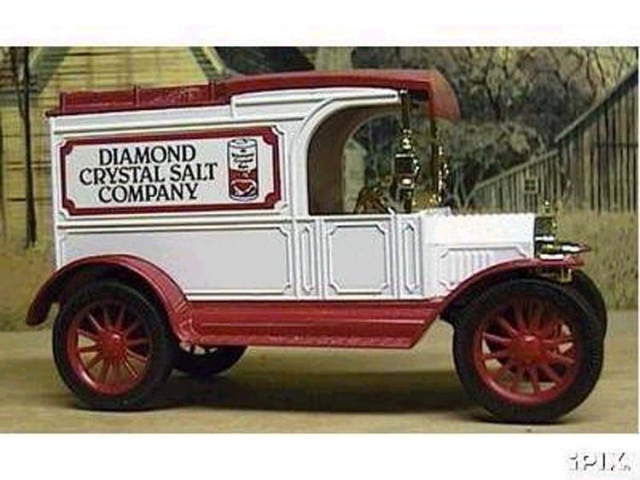 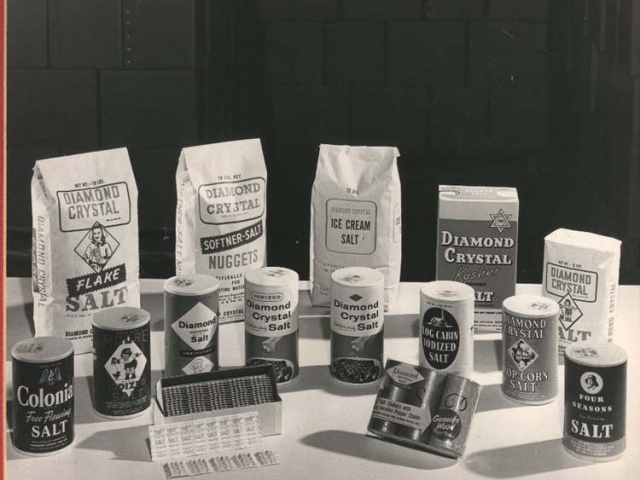 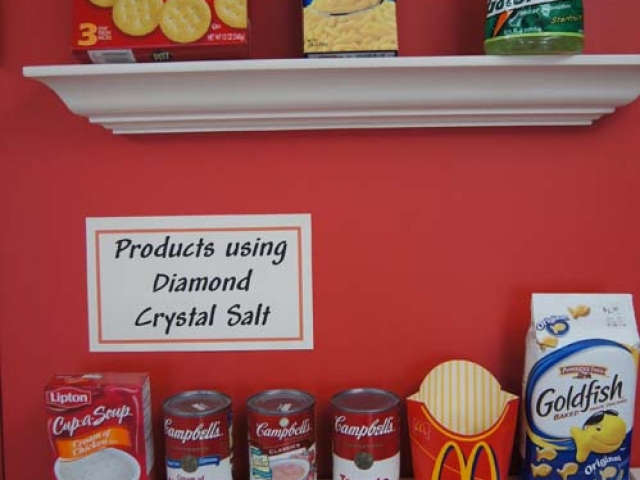 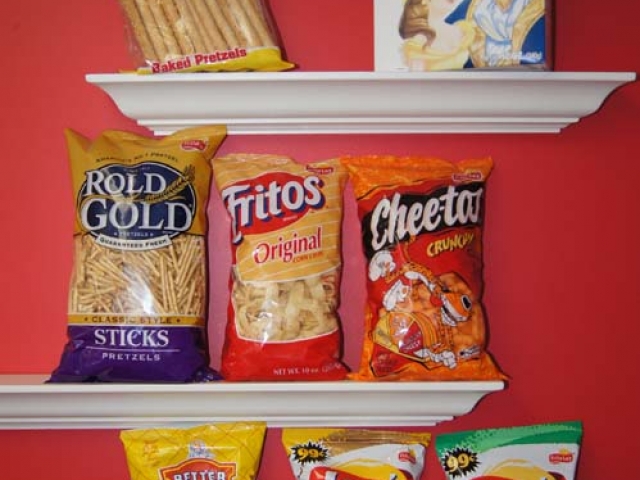