When the Somerville School for Girls closed in 1888, St. Clair businessman Mark Hopkins saw the opportunity for a second resort hotel (Oakland Hotel being the first). The building, located on the St. Clair River at the northern edge of St. Clair, was enlarged with wings on the north end and back. The Somerville Resort and Mineral Springs had three floors, a parlor, reading and writing rooms, large dining room and many of the same attractions and activities as the Oakland Hotel. The rear wing contained mineral baths and twelve bathing rooms. During the summer season, an orchestra provided music for dancing and lounging two to three nights a week. Three cottages were located on the property with 7-8 room each.. Hotel room rates were $2 to $3 a day or $10.50 to $14 a week. The hotel was the scene of many community celebrations. Becoming financially unviable, it closed in 1917 and was demolished in the early 1920’s with the land subdivided for homes. 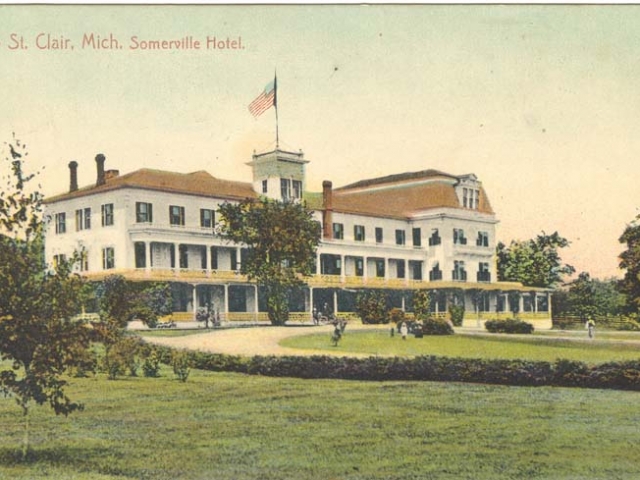 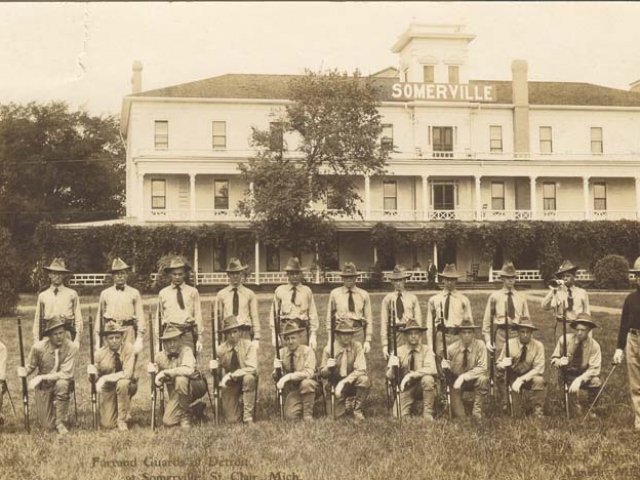