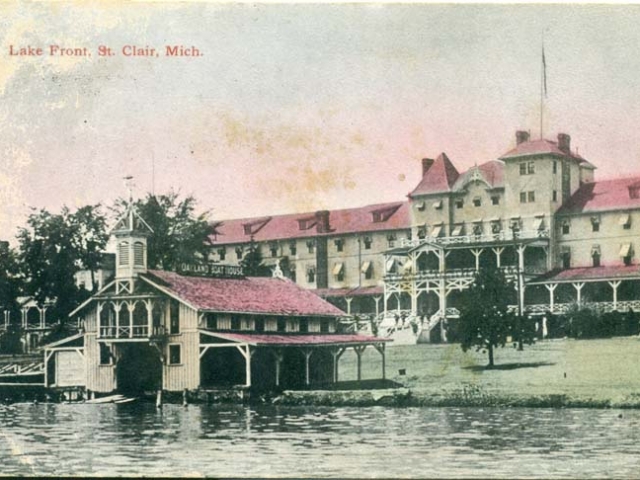 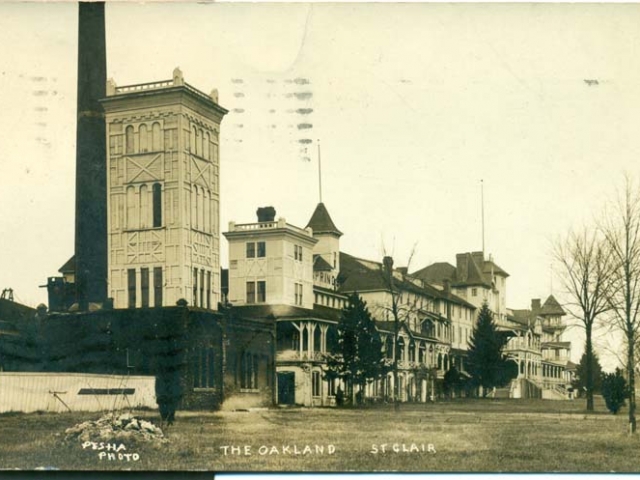 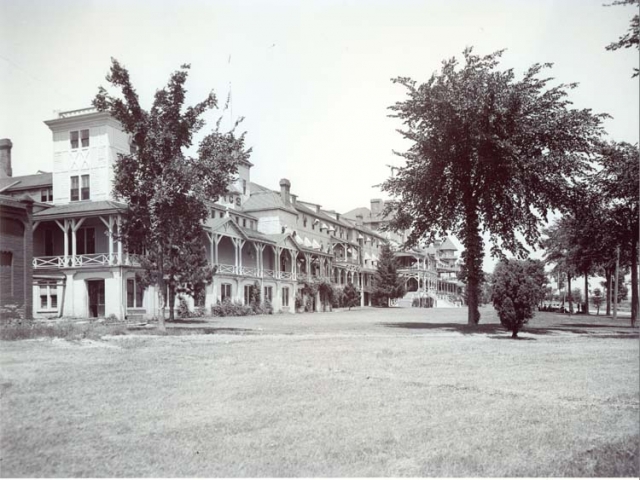 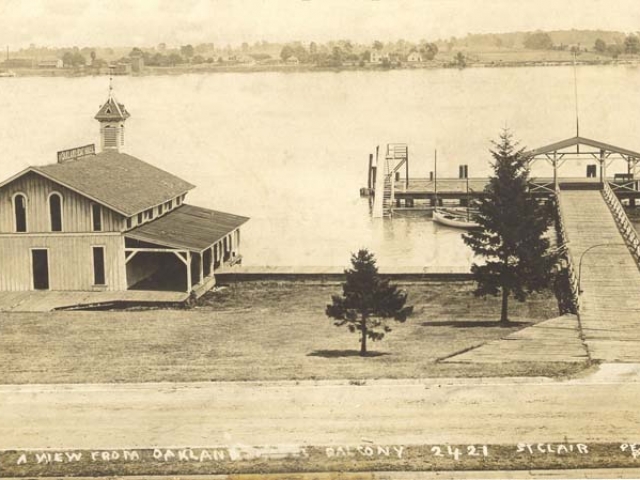 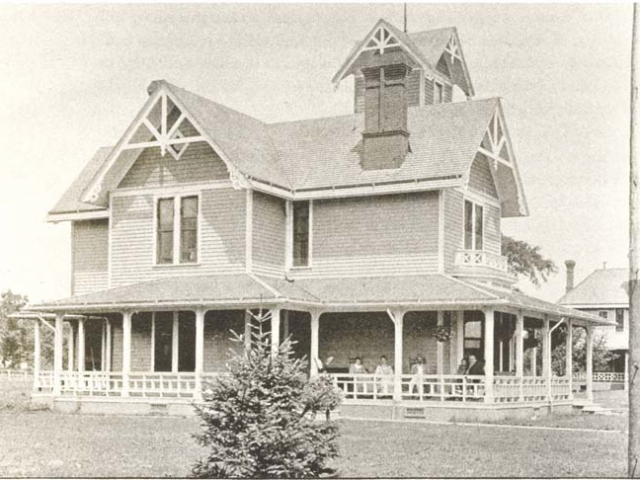 Samuel Hopkins and his sons Mark, William and Orrin had the opulent Oakland Hotel and Spa built on 200 acres of property they purchased on the St. Clair River south of the Pine River. The hotel’s $150,000 cost was paid from the $5 million Samuel Hopkins had inherited from his brother, Mark Hopkins’ estate. The five-story, Swiss-style hotel, possibly the largest wooden structure in the United States at the time, opened in 1881, entertaining 1,000 guests in its 115 rooms during the first six weeks of operation. It featured a 465 foot long veranda, a lobby with a massive fireplace, hydraulic elevators, barber shop, billiards room, a pink and gold dining room that could seat 150 people, its own steamship dock, boathouse, riding stables, and railroad depot. Guests could also rent one of the six “cottages” located across South Riverside for $250 for the summer season.

One of the hotel’s main attractions was the St. Clair Mineral Springs Baths. Each of the bathhouse’s 35 rooms featured porcelain tubs, fresh water and both hot and cold mineral water. Turkish and plunge baths were available.