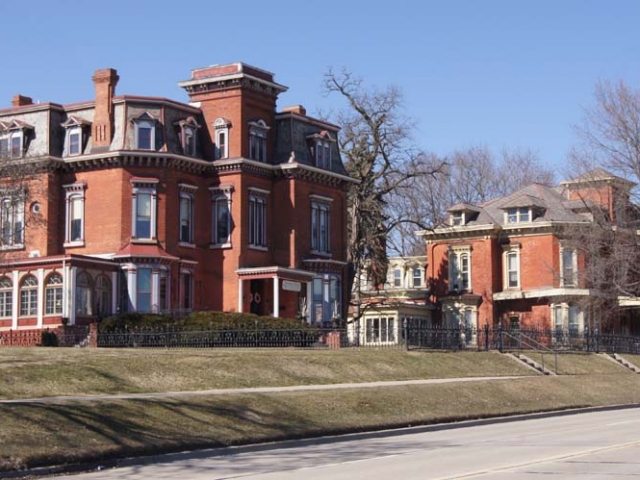 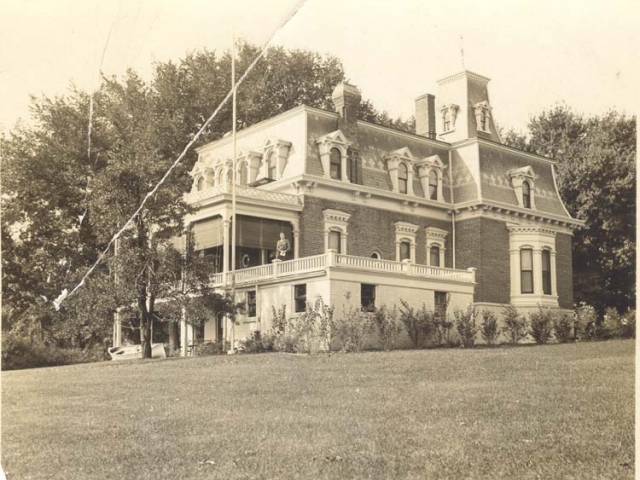 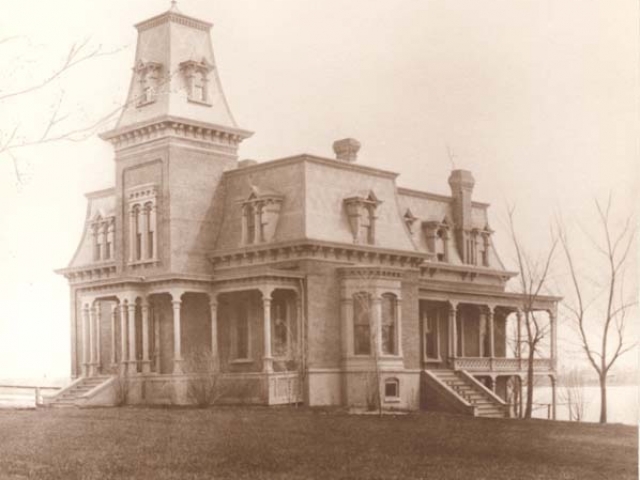 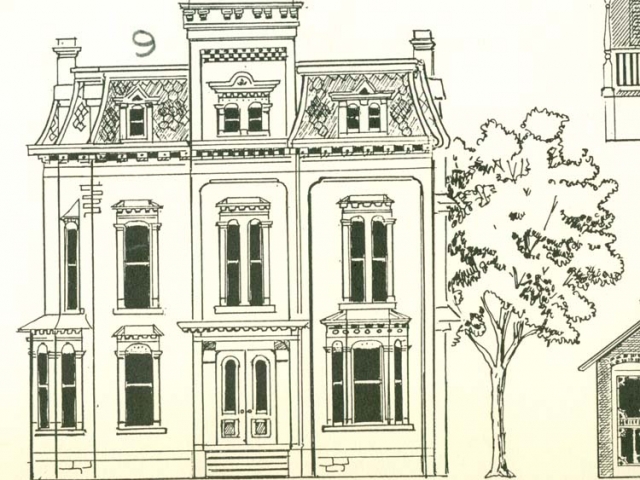 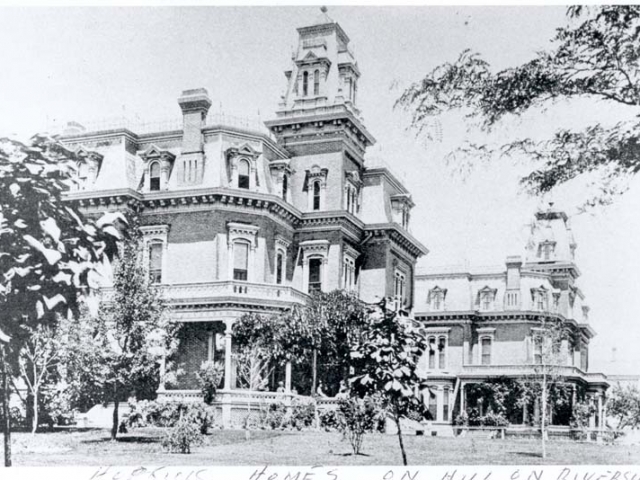 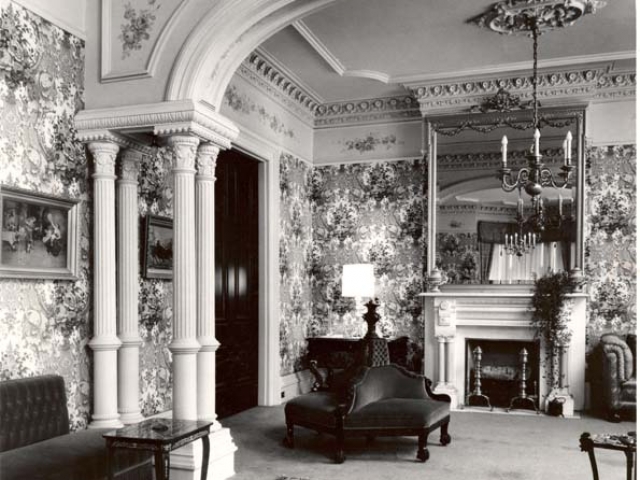 When one-time St. Clair resident Mark Hopkins died in 1878 , $5 million of his estate (worth $20-40 million) was sent to his brother Samuel in St. Clair. Samuel shared the fortune with his four sons – Mark, Orrin, William and Edward. All five men invested in St. Clair businesses. Samuel, Mark and Orrin had 8,000 sq. ft. homes built on North Riverside between 1879 and 1881. The Second-Empire homes were solid brick structures with one-foot thick walls. All woodwork was black walnut with marble fireplace mantels. Each home included a large safe located in the butler’s pantry for the silver service. An electric maid’s call box, placed in the kitchen and connected throughout the house, was a great convenience. The homes played host to many meetings, church socials, and parties. The homes built by Samuel and Mark Hopkins remain today on the west side of North Riverside Ave. at the top of the hill. All three homes have had several owners over the years. The northernmost home (Mark’s) was site of a speakeasy and bordello in the 1920’s. Orrin’s home was sold in 1882 to Franklin Moore. It was demolished in the early 1900’s.